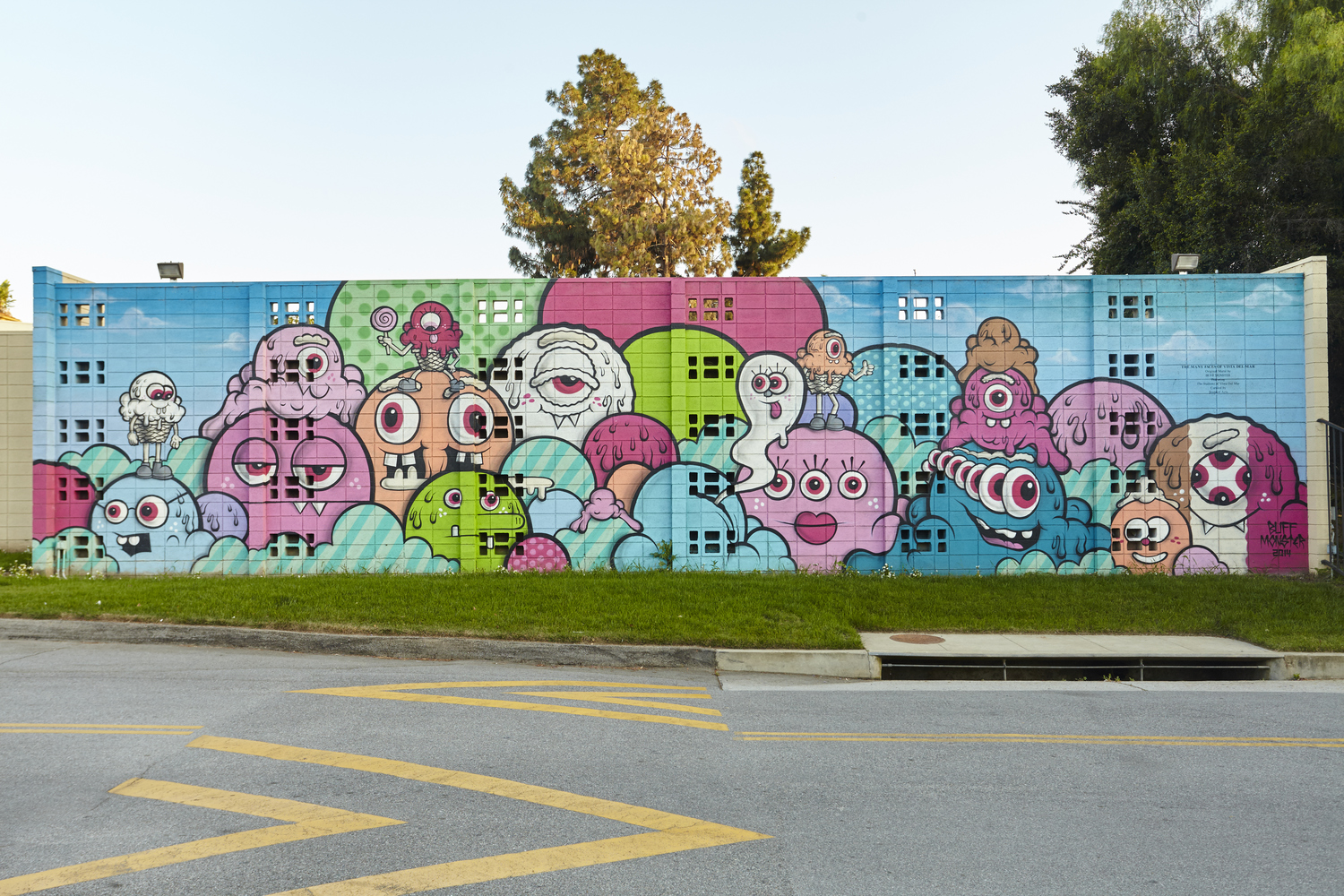 Buff Monster made a name for himself by putting up thousands of hand-silkscreened posters across Los Angeles, and other far-away places. His work is characterized by happy characters living in brightly-colored bubbly landscapes. Along with meticulously executed paintings, he has created a wide range of merchandise ranging from prints and stickers, to vinyl toys and plush. In 2012 he created an ambitious homage to Garbage Pail Kids called The Melty Misfits; a collection of vintage-style trading cards, complete with wax wrapper. The color pink, a symbol of confidence, individuality and happiness, is present in everything he creates. And he often cites heavy metal music, ice cream and Japanese Culture as major influences. His work has been shown in galleries worldwide, often accompanied by large installations. In 2010, the Bristol City Museum acquired a painting of his for their permanent collection. His art has been published in a variety of magazines, websites, newspapers and books, including Juxtapoz, Paper, Nylon, Cool Hunting, Angeleno, The Los Angeles Times, LA Weekly, The New York Times, and many more. He was also featured in Banksy’s movie: Exit Through the Gift Shop. In 2012, after 15 years living and working in Hollywood, he moved to New York City.