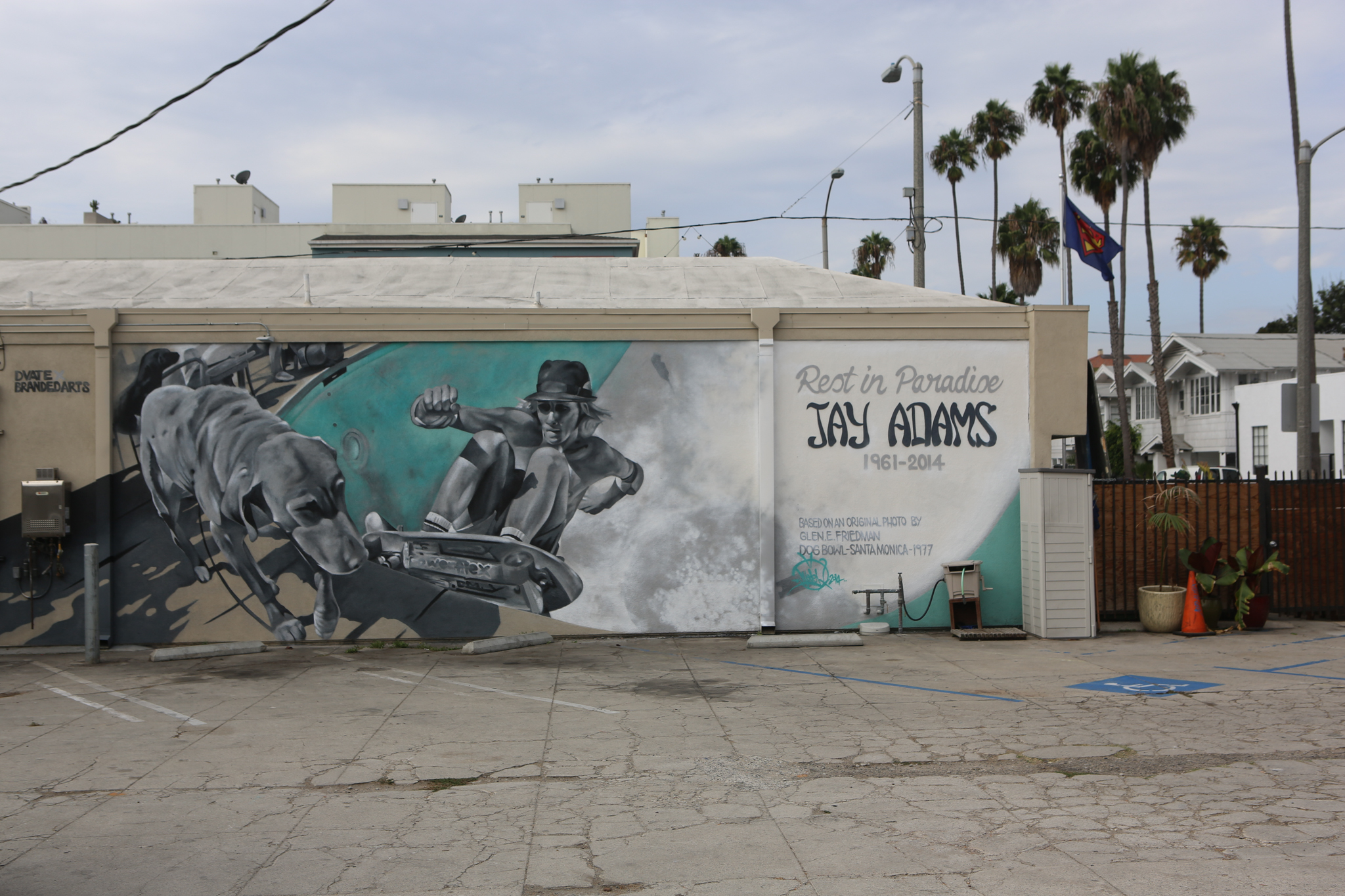 Dvate is an artist who started writing graffiti in 1997 and grew up on the Frankston Line in Melbourne, Australia. He started writing the word “DVATE” in 1999. He has travelled to London and throughout Europe and has painted murals and commissions for companies such as Adidas, Footlocker & Disney. Dvate’s work has been featured in several exhibitions internationally in cities such as LA, St Louis, Philidelphia and New York and more. In 2002 he started his business known as ‘GraffixCreative’ which specializes in customized murals and paintings. It has become very well established and now recognized as one of the leading mural businesses in Australia.

Jay Adams (born February 3, 1961) is one of the original Z-Boys and is considered one of the most influential skateboarders of all time. He was born in Venice, California. As a teenager in the mid-1970s, he was a member of the original Zephyr skateboard team and of the Zephyr surf team along with Tony Alva and Stacy Peralta. According to Bones Brigade founder Stacy Peralta, Adams “is probably not the greatest skater of all time, but I can say without fear of being wrong that he is clearly the archetype of modern-day skateboarding. Craig Stecyk dubbed Adams “the original ‘seed’.”

Glen E. Friedman (born March 3, 1962) is an American photographer and artist. Coming to prominence in the 1980s with his photography of skateboarders and musicians, Friedman is considered one of the most important photographers of his generation. He is perhaps best known for his work promoting rebellious artists such as Fugazi, Black Flag, Dead Kennedys, Circle Jerks, Minor Threat, Misfits, Bad Brains, Beastie Boys, Run-D.M.C., KRS-One, and Public Enemy, as well as classic skateboarding originators such as Tony Alva, Jay Adams, Alan Gelfand, Duane Peters, and Stacy Peralta. Although this work is documentary by association, he considers the work more in the realm of fine art photography. His most recent works exhibit this leaning more obviously.

Friedman’s photography has been seen in international publications for more than thirty years, on record covers for over twenty five years, and has been exhibited in art galleries and museums worldwide for over ten years. Original prints of his work are in the photography collections of the Metropolitan Museum of Art in New York City, the Berkeley Art Museum and Pacific Film Archive, the Photographic History Collection of the National Museum of American History at the Smithsonian Institution in Washington D.C., as well as the permanent collection of the Experience Music Project Museum in Seattle, Washington, and private collections globally. Six hardcover books have been published documenting his various subjects of interest. In May 2012 Glen E. Friedman was inducted as an “Icon” into the Skateboarding Hall of Fame.