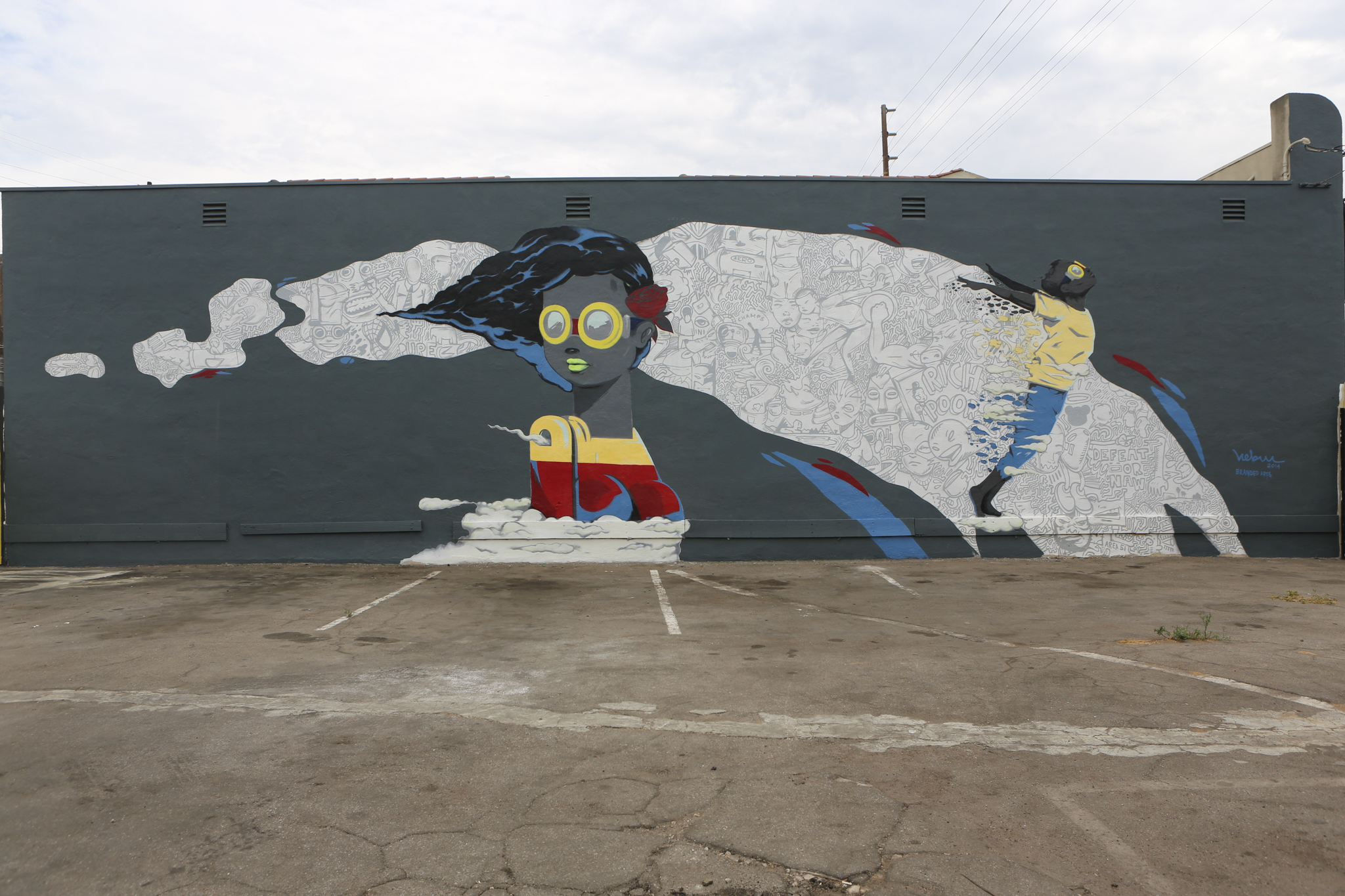 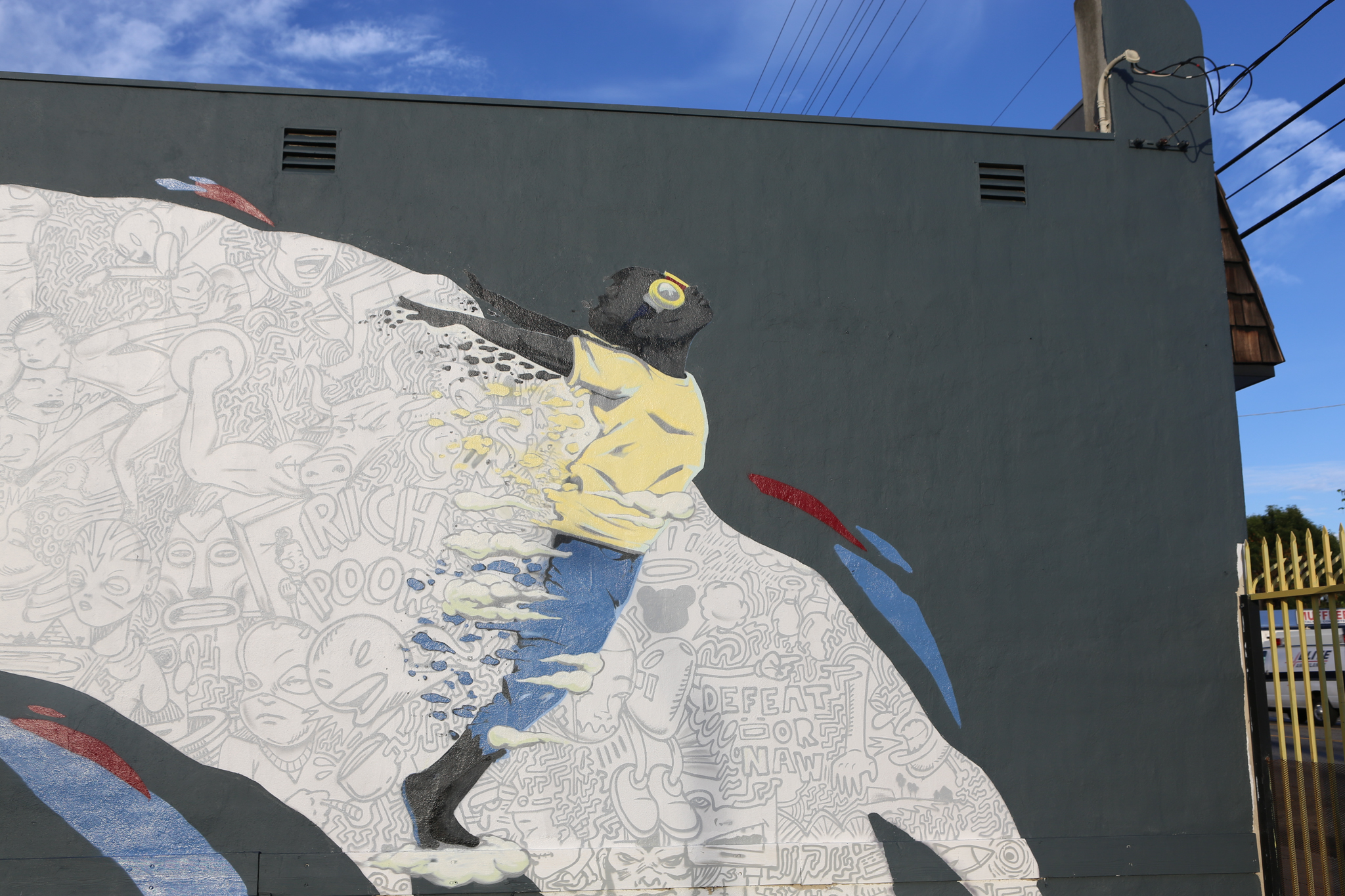 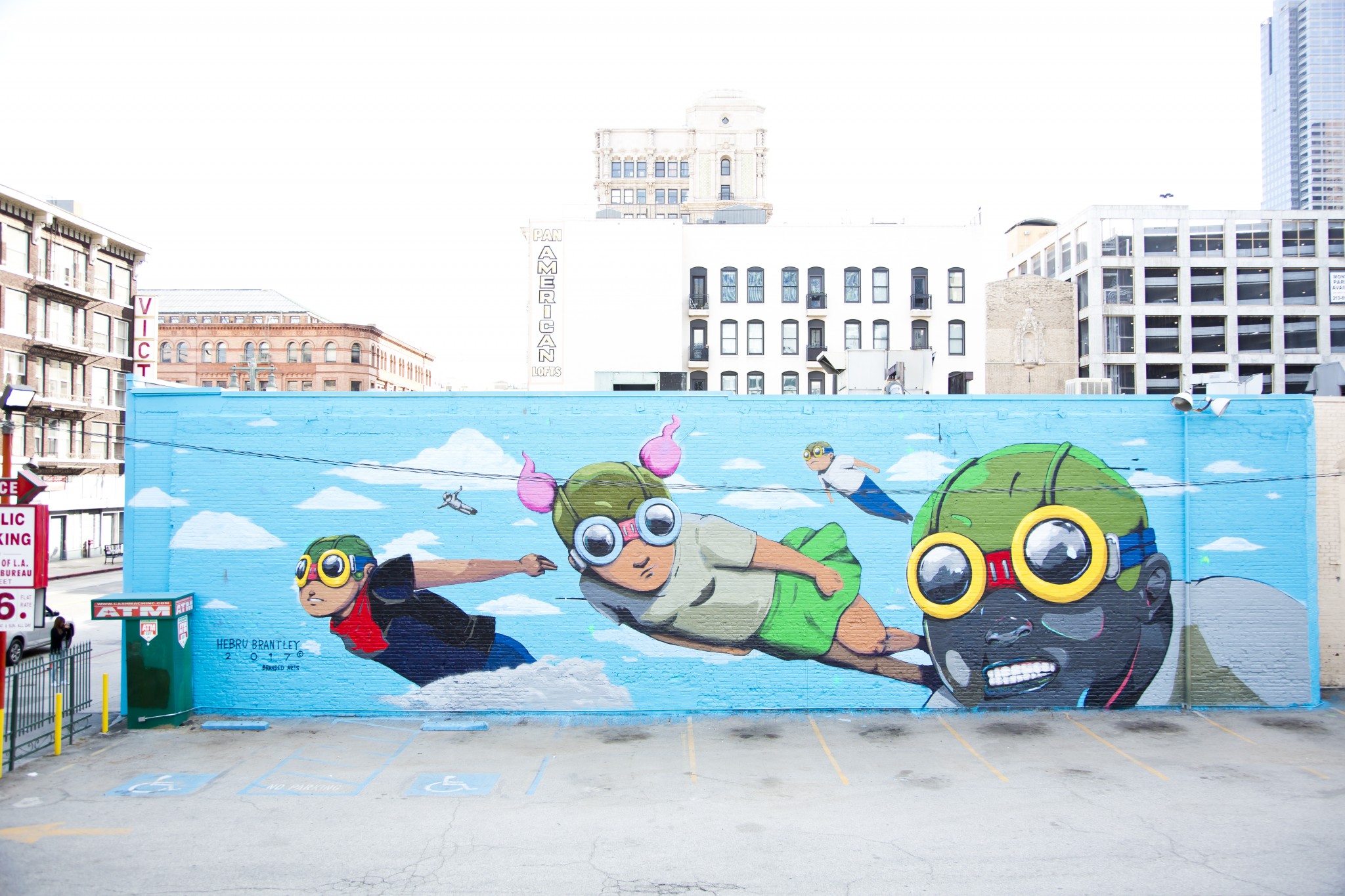 Hebru Brantley, a Bronzeville-native living and working in Chicago, explores personal and cultural memory in his art. Taking themes from his 1980’s upbringing,

Brantley uses a creative process akin to free-form journaling, using a variety of surfaces and media including wood, spray paint, coffee and tea. His work delves into political and social issues with a conscious focus on playful insight and the optimism and possibilities of youth.

Brantley draws influence from an array of pop culture icons, comic book heroes, Japanese anime and the bold aesthetics of street art pioneers Jean Michel Basquiat, Kaws and Keith Haring. Brantley’s recent focus is to share energetic narratives— moments of reality from his life and the lives of his peers, mixed with fantastical fiction— to create a fragmented environment of make believe. Spray paint is often at the forefront of these mixed-media illustrations, working in part to de-contextualize the levity of cartoon imagery, and bring a critical edge into the white cube. From this, Brantley has developed his own unique style and identifies as an Afro-Futurist.

Recognized nationally for public works and solo shows in Chicago, Hebru Brantley has exhibited in San Francisco, Atlanta, Miami, Seattle, Los Angeles and New York. He was most recently the winner of the Redbull Curates Chicago contest, and will exhibit at Scope art fair in December 2012. Brantley has been commissioned by Skyy Vodka, Nike and Tyra Banks. He created the Lollapalooza poster for the 25th anniversary of the festival in 2011, and is exhibited regularly by Tim Yarger Gallery in Beverly Hills and Kasia Kay Art Projects in Chicago. Two of Brantley’s paintings are currently featured at the American Embassy in Stockholm through 2013. Brantley earned a B.A. in Film from Clark Atlanta University, and has a background in design and media illustration.