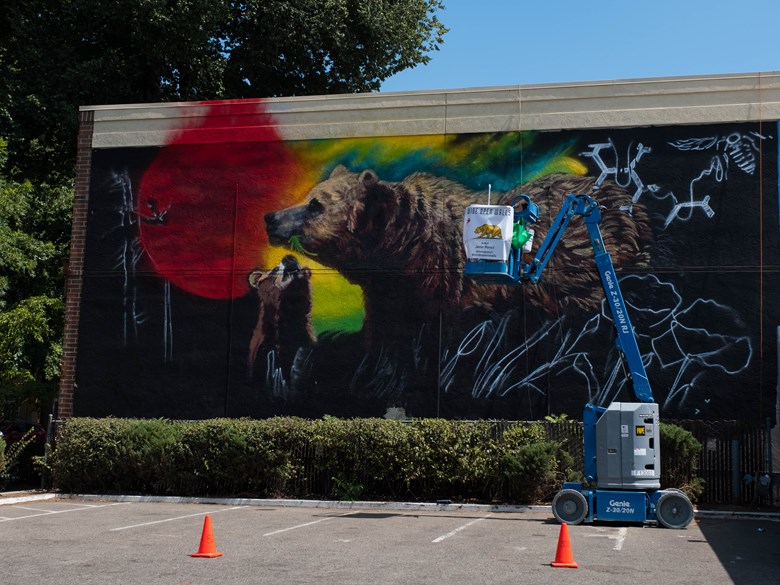 Primarily from northern California, lifelong artist Jenn Ponci spent much of her youth moving paint around the United States. After studying under artist/teacher David Ewing for four years in Sacramento, she moved to Seattle, Boston, Philadelphia, Chicago, Portland and North Carolina. Immersed in a variety of cultures, she often participated in art shows and street-art collaborations. In 2009 she returned to the golden state to learn the trade of tattooing.

Ponci apprenticed at Sub Q in Sacramento with Mikey Dwitt, where she executed the first known watercolor style piece on skin, and moved to Grass Valley, California to work for Cory Norris at Classic Tattoo. Several years were spent there until she relocated to a female owned and operated shop in Sacramento, Side Show Studios. Mentored by shop owner Char Hall, Ponci focused on oil painting, curating shows, organizing community fundraisers, and traveling to tattoo conventions.

From 2013-2015 Jenn painted with Few and Far – one of the first all-female street-art and skateboarding crews in the world. She collaborated on large mural productions across the US, including Virginia, Miami, Seattle, Oakland and Sacramento. Ponci is the curator for Maverique Style House, Spanish Fly Hair Garage, Crushed VLVT and other 5-star salons in Sacramento, while painting solo and collaborative murals, showcasing work in various venues, and organizing community events for positive social causes.`