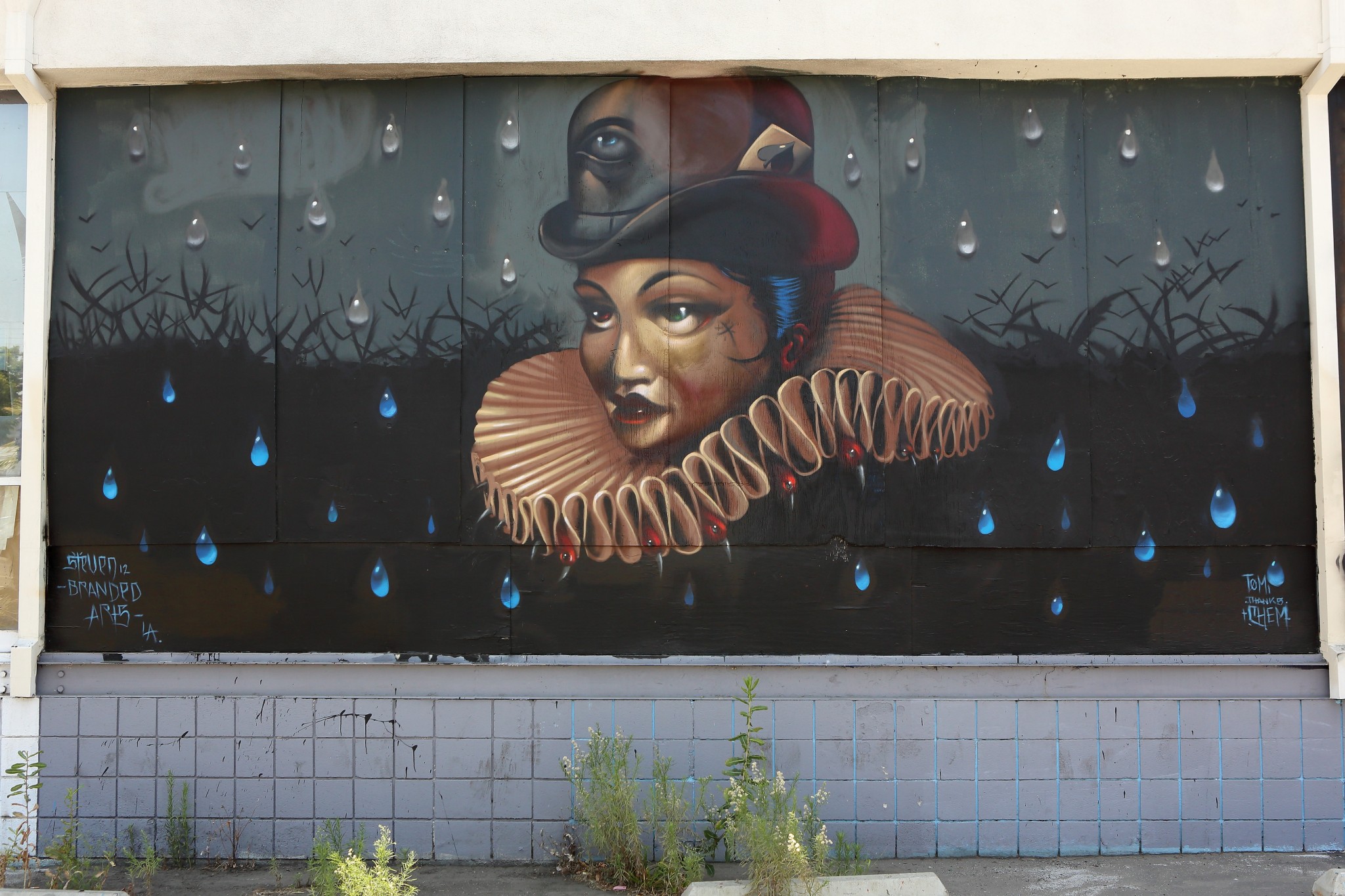 Steven James Daily incorporates the wonder of new vision with the transformative detail of a mature mind. His journey has allowed him to witness key elements in the American artistic landscape and to have stood shoulder to shoulder with both the brutal and the benign. Born in Southern California in 1973, Mr. Daily’s career in the visual arts was placed on a set of polyurethane wheels and given the neon-baked smog-scape to stoke the initial fire of creativity. Mr. Daily later relocated to the southern United States where his imagination was given free reign to explore the dilapidated corners of the American Dream. Busted rail spurs lead to careful consideration of brushwork and technique. Abandoned houses become the locus for the energy of old masters, who create fervor, for that which is ancient and useful. Ghosts spill from the eyes of Mr. Daily and suffuse canvases and physical forms with a style that is simultaneously mature and provocative, yet providing a glimpse into a spidery, parallel world where hearts beat backwards as Rembrandt meets entropy under a magenta moon. Mr. Daily has painted a ribbon of bows and a track of scars across the North American continent, working with thousands of interesting human beings in the process. Some of the astonishing entities who have withstood the physical presence of our intrepid explorer of dreams and nightmares include Disney, Lucas Arts, Sony, Dark Horse Comics, Slave Labor Graphics and HBO. All those who retain the steady hand and fine line of Steven James Daily for purposes related to commerce or art find as much satisfaction in the result as Mr. Daily does in the craft. Every piece stave’s off decay while adding new layers to the compost of culture, creating updrafts of creativity that reach far beyond the space in which you view the art. A broad landscape of modern culture and the wreckage of the ghosts of history; this is what the eyes of Steven James Daily have seen and this is what his works reflect. Human vision only picks up part of the whole. The way we see the world is a mélange of memory and new input stoking the visual cortex. As children, we see the world in brighter hues and ethereal auras. As we grow older, we focus on detail. We ignore the gleam of a chromed surface and highlight the patch of rust, perhaps so we can find a way back to this moment of memory.