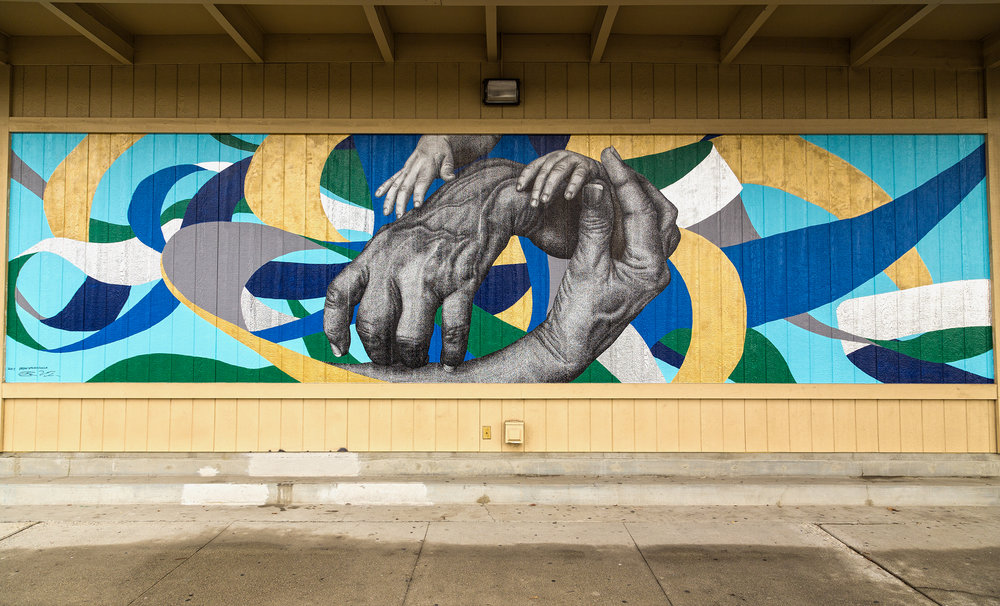 Northern California artist Bryan Valenzuela lives and works in Sacramento. For over a decade he’s been aiming to perfect a unique drawing technique involving the atomization of the figure by carving out shape and light with handwritten text.  Though virtually unnoticeable from afar, once the viewer steps closer to each work they are engulfed in a barrage of words intermingled with other mixed media elements such as needle and thread, acrylic paint, and collage. Recent winner of both the Leff-Davis Fund for Visual Artists and a Best in Show prize at the 2015 California State Fair Fine Art Exhibition, Valenzuela was chosen by the City of Sacramento in 2016 to create a large scale public art piece for the new Golden 1 Center in downtown Sacramento. When not working in the studio, he’s composing and recording music, performing and touring with the band Exquisite Corps.