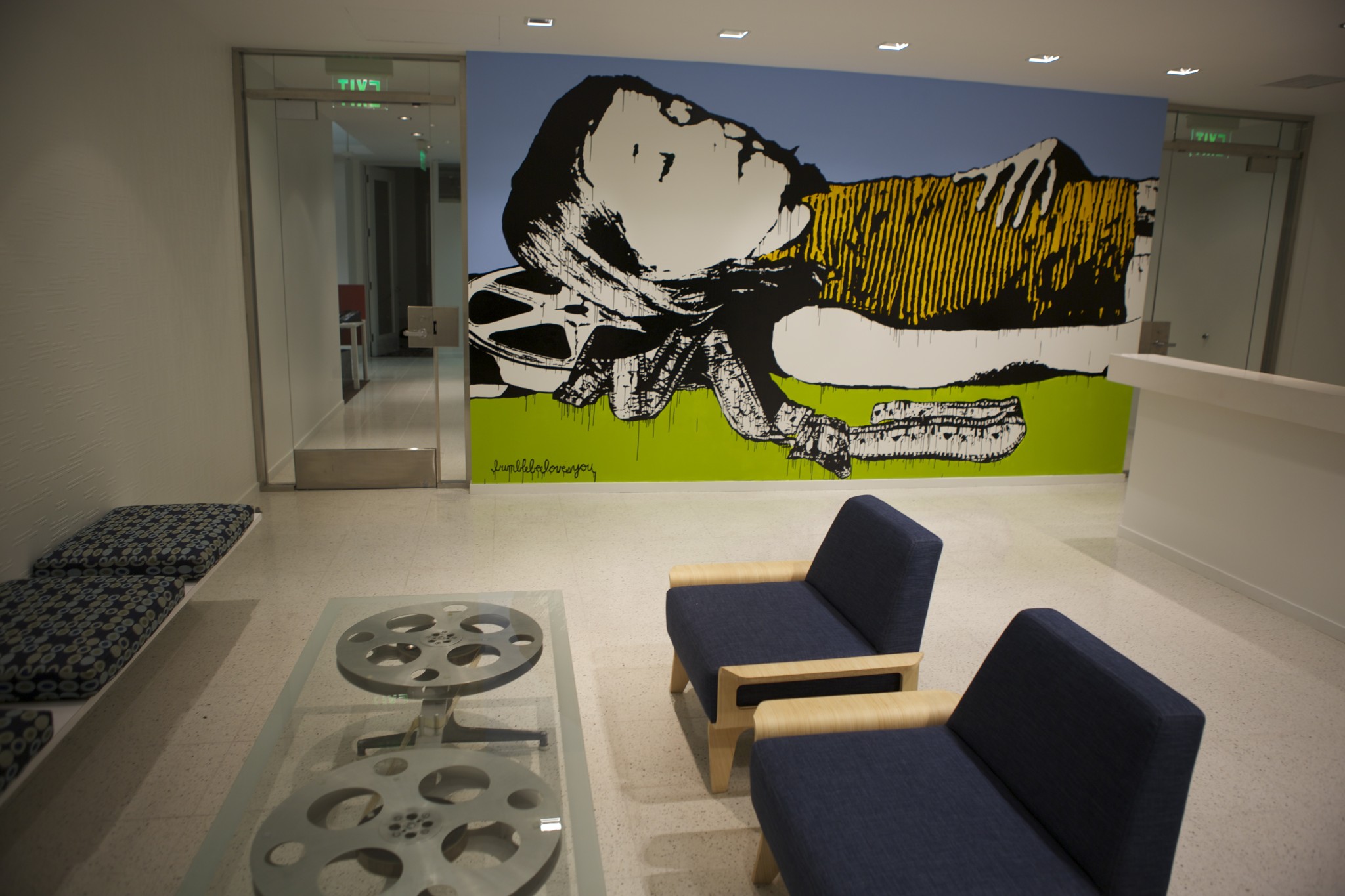 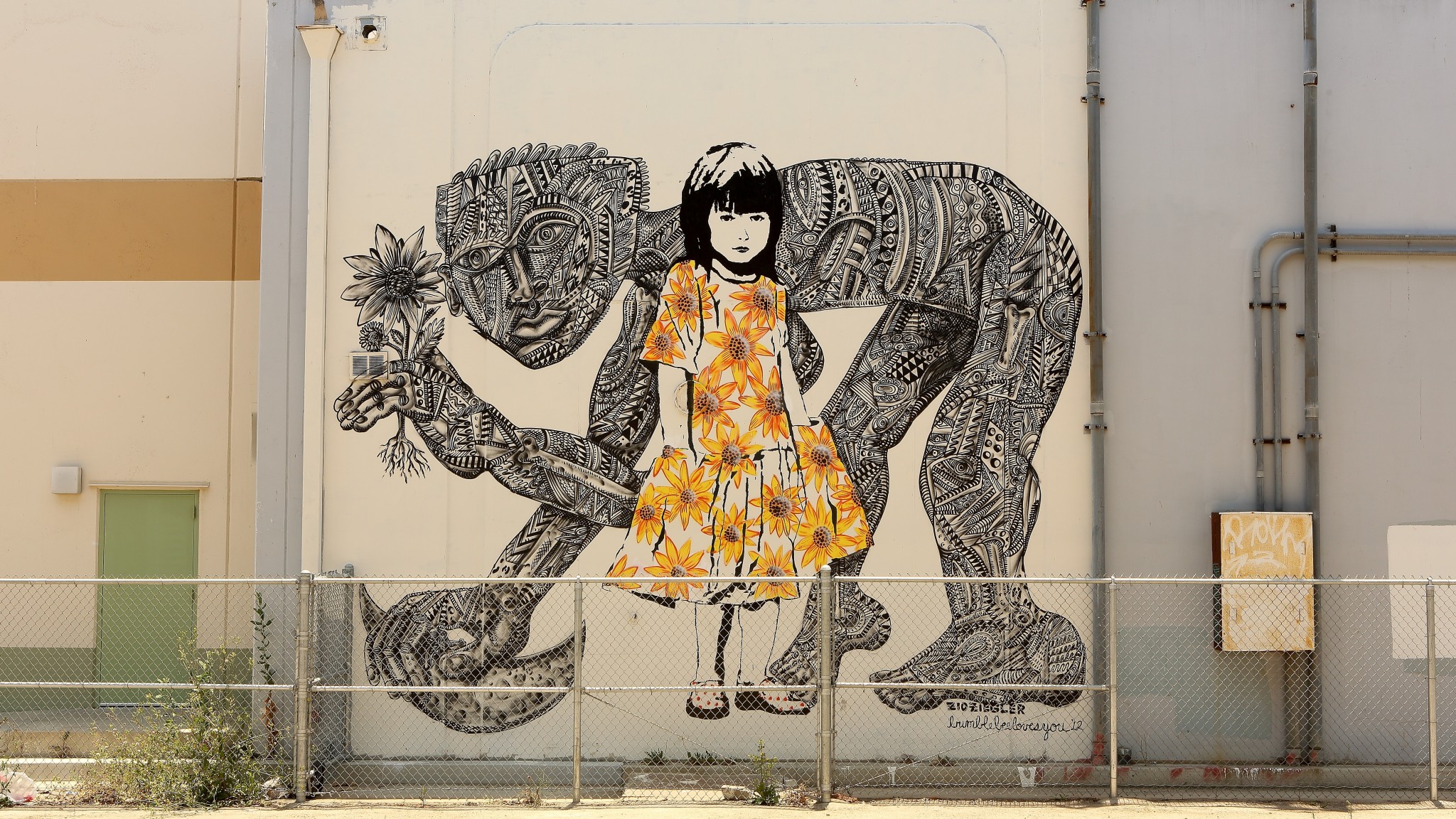 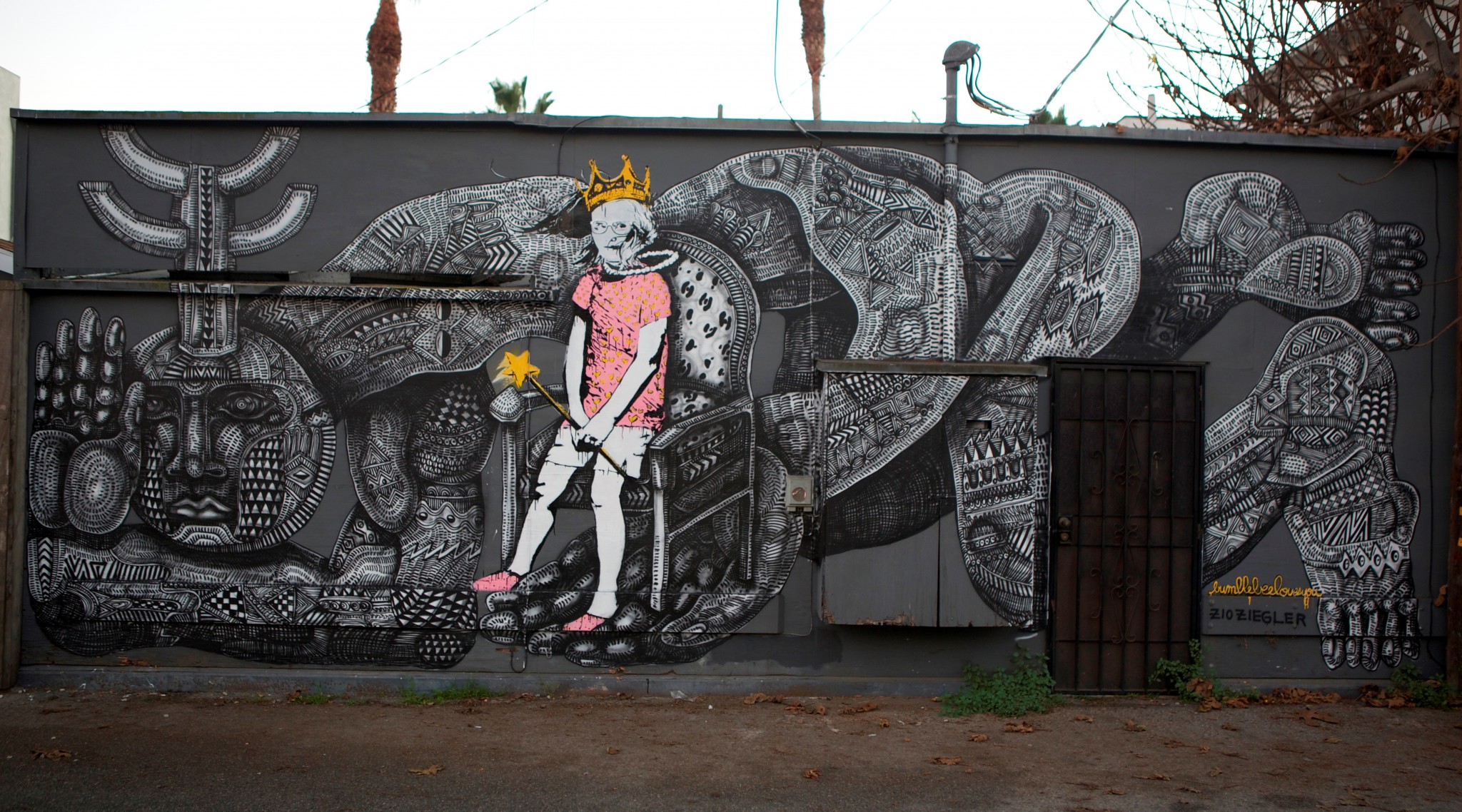 Born and raised in the southeastern part of the Los Angeles County, he takes the largely ignored parts of the city and uses it as his personal canvas by remodeling urban furniture such as newspaper boxes, telephone booths to tell stories of everyday life and comment on the collapse of the bee population through the rise of cell phone usage. He also uses the technique of stenciling and mixed media to create images of children on unloved walls of his hometown. Considerate and thoughtful, Bumblebee’s work also deals with issues such as child homelessness and the impact of modernity on nature. Despite the seriousness of his subject matter, his works are not heavy. Instead, they are whimsical, playful and exude a sense of childish innocence, freedom and joy.