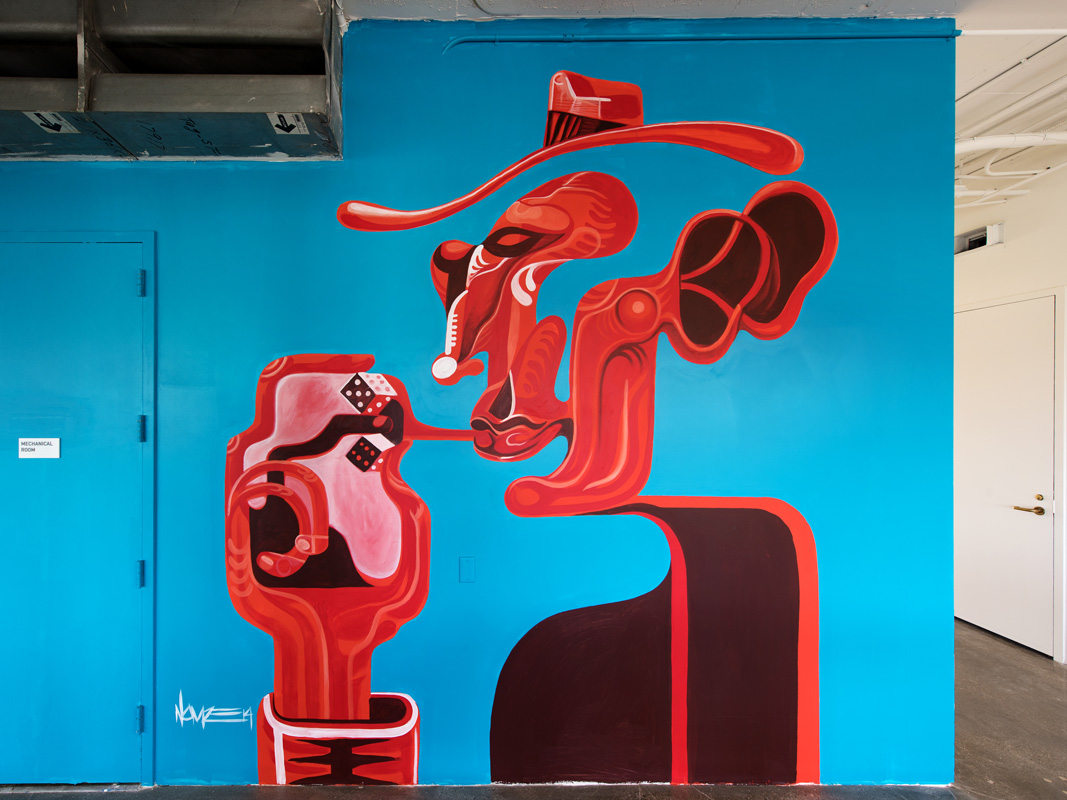 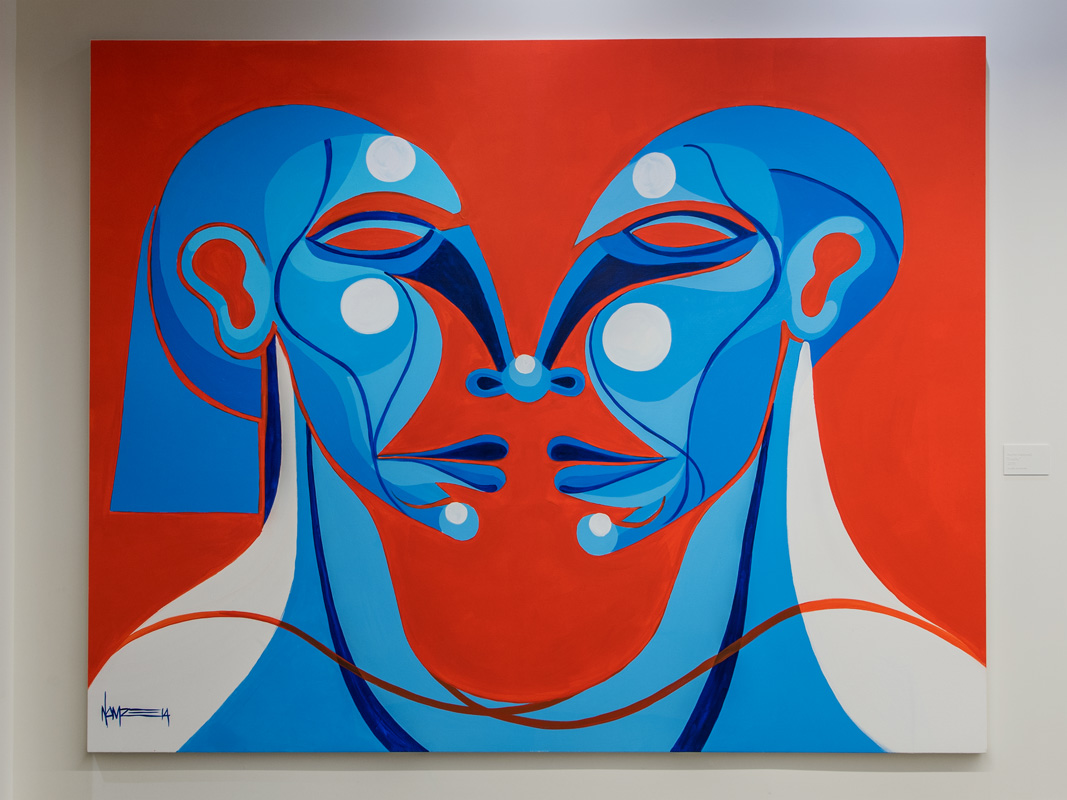 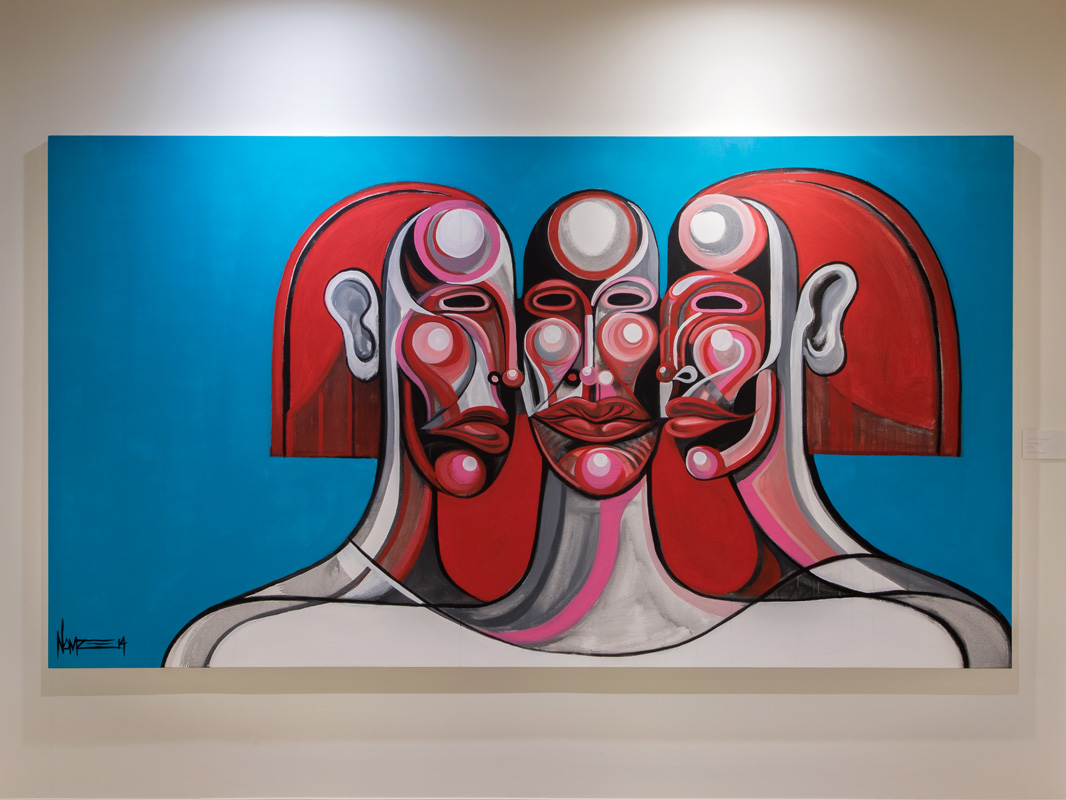 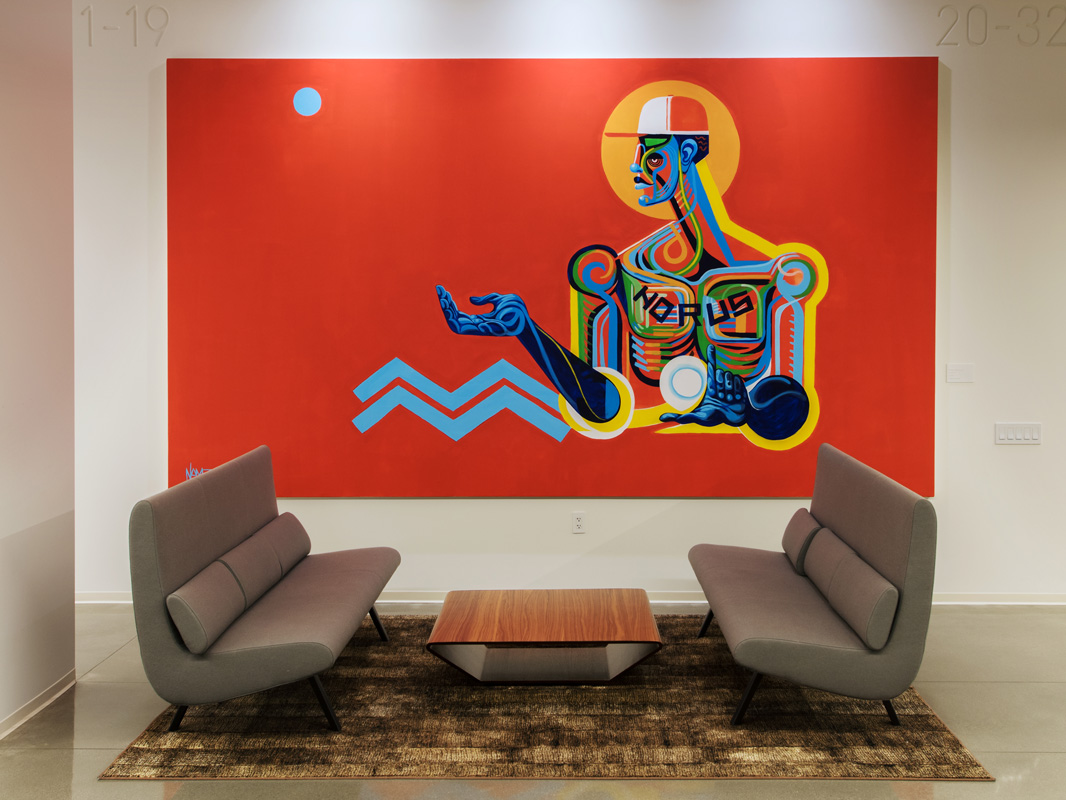 Norm Maxwell is an American Contemoprary Artist living and working in Los Angeles. His work is a commentary  on social issues concerning Politics, Religion, Mythology, Popular and Urban Culture. Maxwell’s signature style references a broad range of genres, merging traditional techniques with his graffiti-esque aesthetic to create a rich and diverse visual language that is uniquely his own. Norm Maxwell was born in Philadelphia Pennsylvania in 1969. He was introduced to art by his mother. As a youth Maxwell spent hours drawing, trying to imitate his mother’s art school assignments. He became fascinated with a book entitled, “The History of Flight”, wherein he discovered the various works of Leonardo da Vinci. As the era of Hip-Hop dawned on the urban landscape, Maxwell was introduced to graffiti in 1979, by his older brother who was a graffiti artist. He was immediately taken by the bright colors and the sense of rebellion, realizing that art was a way to gain local fame and recognition. In 1986 at the age of 16, Maxwell received his first commissioned mural which was painted on the Provident National Bank of Germantown.

Maxwell attended the Hussian School of Art, where he studied illustration. He spent weekends exploring galleries of the at the Philadelphia Museum of Art, where he became  intrigued with the Baroque paintings of the Renaissance Wing. Infatuated with the Surrealist movement and it’s profound mystique, he was particularly drawn to their emphasis on liberating the subconscious mind. His most prominent influence was his painting instructor, Symbolist Painter, Virgil Sova, who introduced him to many seminal works such as ” Man and his Symbols” by Carl Jung  and Joseph Campbell’s “The Power of Myth”.  Sova encouraged Maxwell to incorporate meditation into his creative process as a tool to express the subconscious. Maxwell combined the process with graffiti  and traditional concepts to launch a new aesthetic.