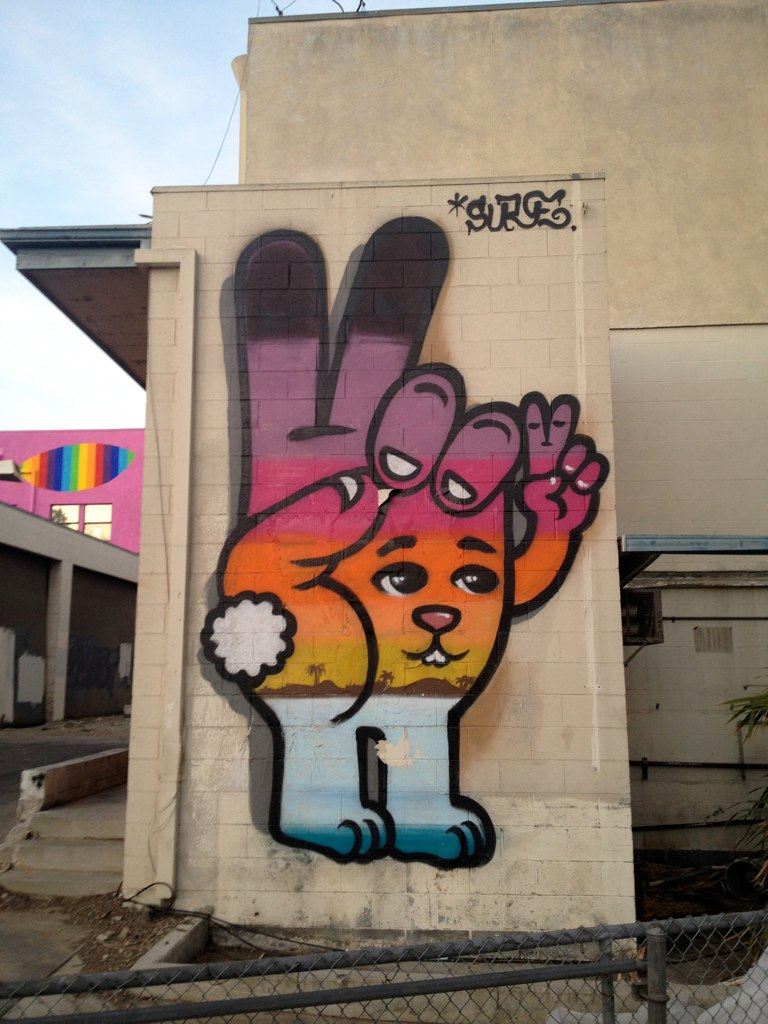 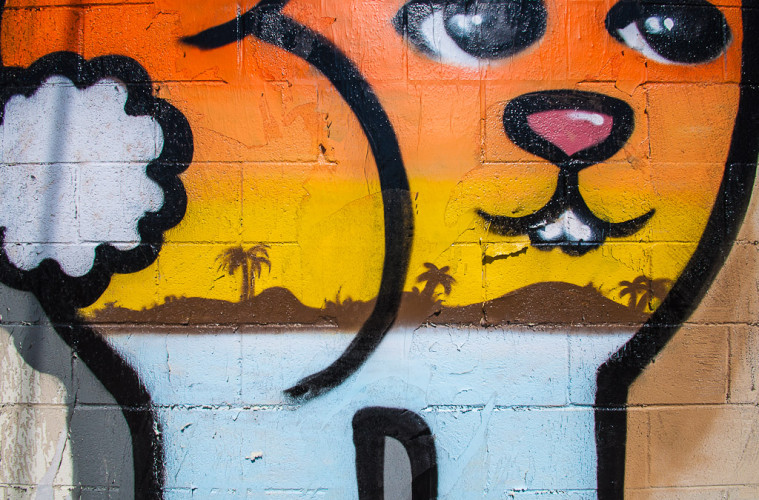 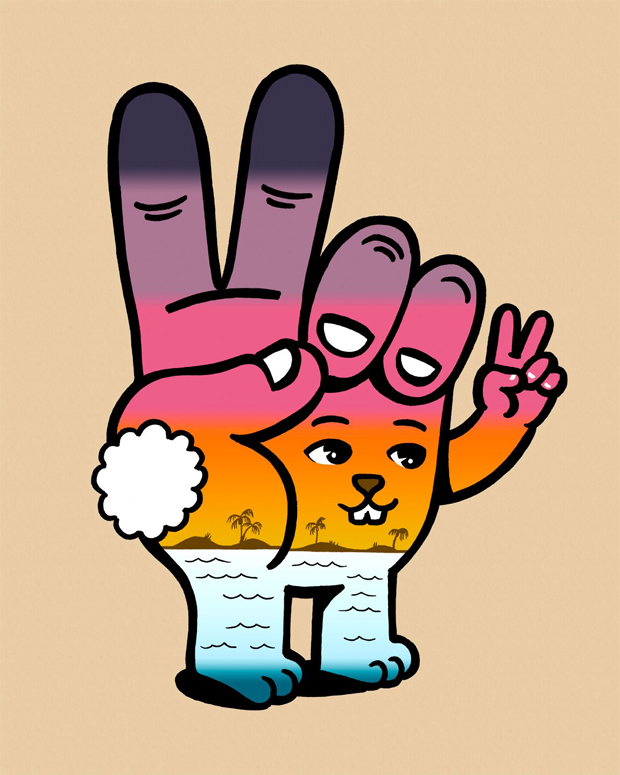 Sergio Hernandez was born and raised in San Diego California. His parents have deep roots in the city of Tijuana Mexico, so as a child he frequently visited the city. He was influenced by the hand painted advertisements around the city. His mother raised him as a Jehovah’s Witness which also had a big impact on his view of the world. He gave up his religious ways as a teenager and committed himself to the arts, which began as a graffiti writer. He has been involved in graffiti since his youth and has been held accountable for his actions buy the city of San Diego. In 2004 he received his bachelor’s degree in Painting and Printmaking from San Diego State University. Sergio’s paintings tell stories that he was told as a child, or that he experienced himself. His wife and three children inspired him to adopt a style that is playful and that could be appreciated by kids as well as adults. The characters in his work reflect the city and the people he has met throughout his life. He is also heavily involved in music, martial arts, and tattooing. Through painting he has had a chance to show his work in cities across the nation such as Baltimore, Atlanta, Miami, Dallas, Mexico City, and in countries as far away as Australia. He has created artwork for three solo shows as well as contributing to over 50 group shows.